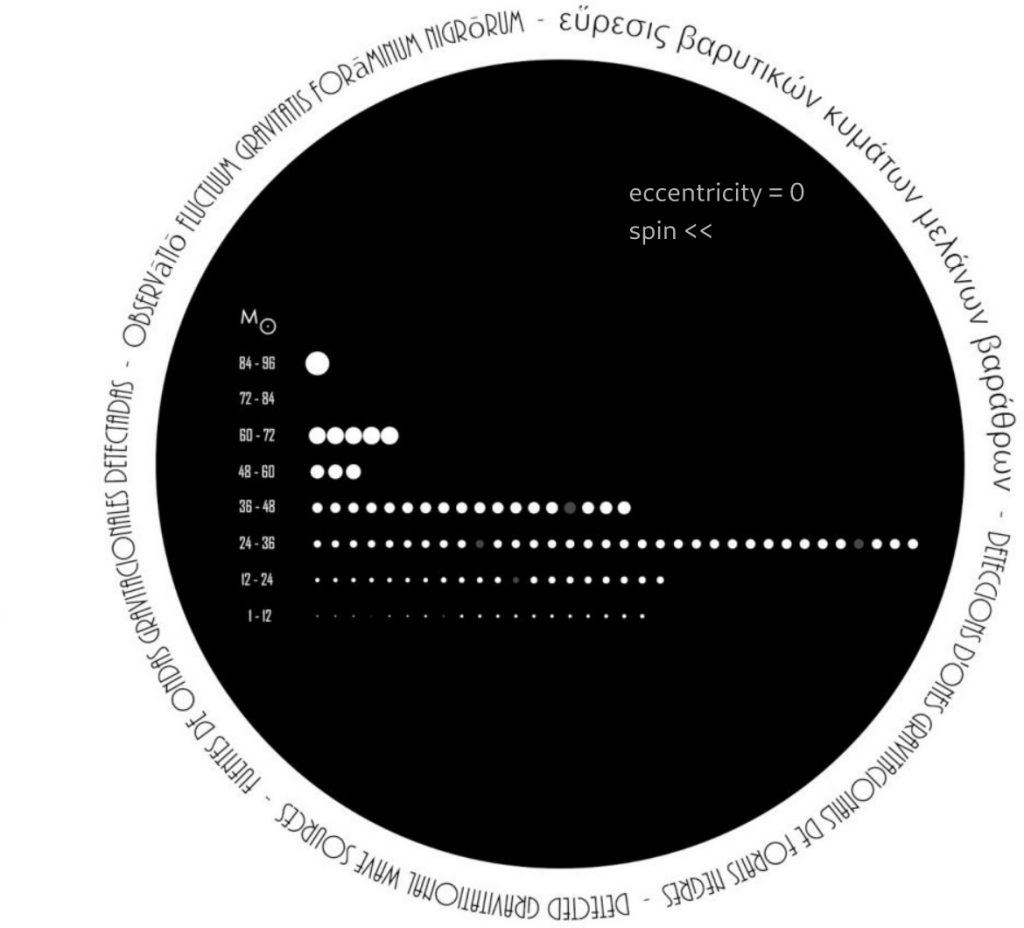 I have been focusing on gravitational waves for the last … one and a half decade or so. For those many years I was often asked why would I want to do that, if there was no future. My interest on the field in this sense is pre-detection.

The situation has changed: GW Astronomy has become very appealing since the announcement of the first direct detection of a Gravitational Wave by Advanced LIGO in February 2016.

For me this discovery was important not “just” because we have got now a proof for the existence of GWs, but because I had predicted the properties of the first Gravitational Wave ever detected: I anticipated that aLIGO would preferentially see binaries of black holes with the following properties: (i) masses between

, (ii) low spin magnitudes, of around

and (iii) circular. This corresponds to the values of GW150914, the source observed, and to most of them.

In the graph included in this page (made by Mace Bustamante), we can see (in civilised languages and some barbarian ones) the properties of LIGO/Virgo detections of BH systems. As shown in the plot, the eccentricity is basically zero (eccentricity=0) and the spins are typically low (spin <<)… as for the distribution of masses… judge by yourself: They fit very well our prediction.