I have chosen English for this web page because, fortunately or unfortunately, it has become the lingua franca today. 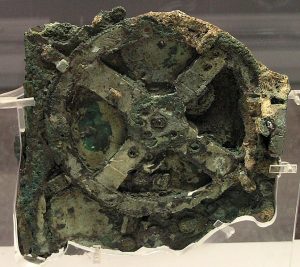 Personally, I would have chosen many other languages before the one spoken by the more remote Suebic tribes (as compared to the Semnones and Langobardi), the Angles or Ingvaeonic.

Which language would you have chosen? Personally (but not globally) I would have chosen the very noble and culture language of classical Greek, for a number of reasons. We are who we are and we think the way we think because of the Greeks. Personally, I am convinced that those Greeks who, between wars, developed ideas and thoughts that completely changed the course of humanity, were not human beings, but extraterrestrials, aliens, who decided to pay us a visit for a few centuries. Let us take for example what Thales of Miletus (Θαλῆς) said some three thousand years ago: The universe is governed by immutable laws. We can deduce these laws through logic. The gods have nothing to do with any of this. And to think that today there are people who insist that the world is flat… This is why I have this tendency to existentialism…

However, how many readers (not to mention speakers!) of classical Greek are out there? Unfortunately, too few. And with a downward trend. Let us remember that today people are no longer even classified as “people of natural sciences” or “of humanities” (an absurd, abhorrent classification), but we have reached the point of sub-sub-categories. How many times have I heard a person who I considered to have a brain say “that’s not my speciality and, therefore, I don’t know anything about it”. For my part, I am very proud to say that I believe, or am even convinced, that I know nothing about anything.

That is why my poor children have had to suffer an education in classical Greek (and, incidentally, Latin) from their paternal ancestry since they were six years old. Hope is the last thing to be lost… so they say.