related to the formation, growth, and interaction of black holes with their environments, organised by Pau Amaro-Seoane, Tamara Bogdanović, Mike Eracleous and Pablo Laguna.

The state of the art cosmological simulations that employ the ever growing toolkit of physical processes are approaching the regime in which they can resolve the event horizon of a massive black hole seed. Are we ready to transition to relativistic models of BH seed formation and what are the key challenges in this arena? At this point, cosmological models do not include relativity and relativistic simulations typically do not capture the treatment of radiative transfer and feedback, which play essential role in BH seed formation. This workshop will be a timely venue to assess the path forward by bringing these communities together.

We will soon be able to measure stellar positions with a precision of 10 microarcseconds (0.01 AU) near A^*. This will open the door to observations of (so far unknown) stars with very short orbital periods and allow mapping of a dark population of objects in the innermost regions of clusters, providing a new opportunity to address a challenging problem of intermediate mass black holes, whose existence is still being debated.

It is not often that astrophysical objects provide us with a front row ticket to a nail­biting show like that starring a molecular cloud on its way towards the supermassive black hole in the center of our Galaxy. This event may be a fresh route to unexpected discoveries on physics of the Galactic Center. True understanding of these processes rests on our ability to reproduce them by modeling the complex magnetic, hydrodynamical, and stellar dynamical processes in vicinity of our supermassive black hole. Along observational lines, the next generation VLBI observatory, the Event Horizon Telescope, promises to bring us as close to the edge of black hole as we will ever come by providing new insights into the accretion and outflow processes in vicinity of the black hole horizon.

We are witnessing a renewed interest in the topic of tidal disruption of stars motivated by increased observational capabilities and first detections of new classes of events that include white dwarfs being disrupted by intermediate mass black holes. Theoretical modelling of relativistic tidal encounters is progressing in parallel and has most recently tackled tidal disruption of red giants and white dwarfs, as well as the effects of massive black hole spins, ushering tidal disruptions into a new phase in which a large sample of observed events will allow these effects to be studied routinely.

Over the past several years a significant sample of dual AGN and dual galaxies at kiloparsec separations has been observed confirming that wide pairs of supermassive black holes are a commonplace in the nearby universe and that such pairs seem to be accompanied by increased activity of at least one member of the pair. At much smaller, parsec and sub­parsec scales, observational search for gravitationally bound supermassive black hole binaries continues in tandem with continuously improving theoretical modeling. Their goal is to uncover the properties and observational signatures associated with these elusive objects and discover the first supermassive binary systems in advance of the gravitational wave detections.

The observations of active galactic nuclei offer an even broader perspective on the growth of their supermassive black holes by indicating that black hole fuelling may be triggered by galactic mergers but that secular processes seem to dominate the growth at lower redshifts. How are the copious amounts of gas funneled into a small nuclear accretion disk and into the even smaller black hole horizon however remains to be understood. Accretion is inevitably mediated by the AGN jets and outflows and by the properties of magnetized accretion disks. These processes are currently actively studied within the accretion disk theory which is paving the way for further developments in numerical relativity and improved description of accretion and feedback processes in large scale cosmological simulations.

SLIDES AND MOVIES OF THE TALKS

Due to a technical problem all movies from the first day are missing.

Steve Drasco: “Why and how should we bother with intermediate-mass black holes” (slides) 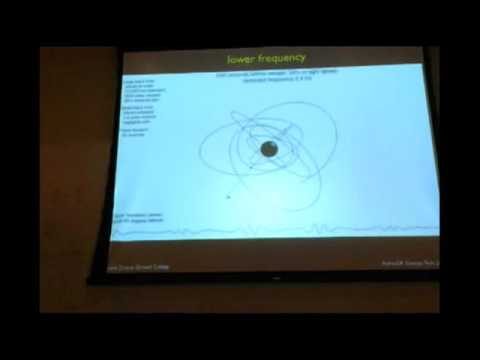 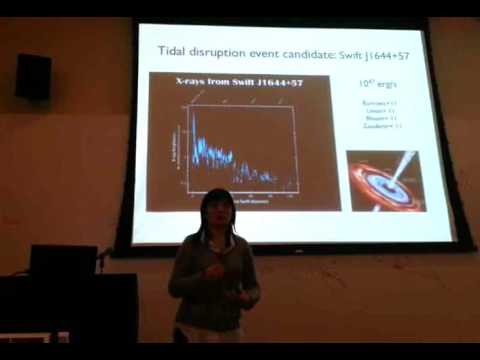 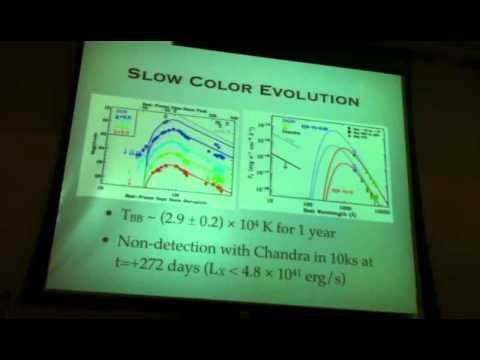 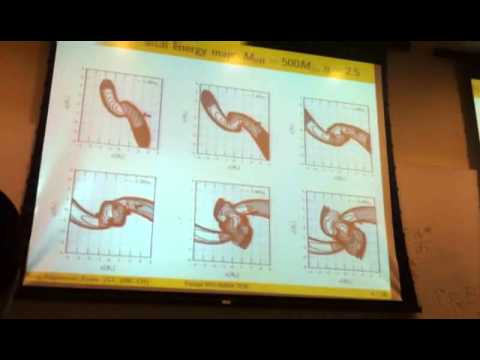 Richard Mushotszky: “Observational Results on Dual and Runaway SMBHs in Nearby Galaxies” (slides) 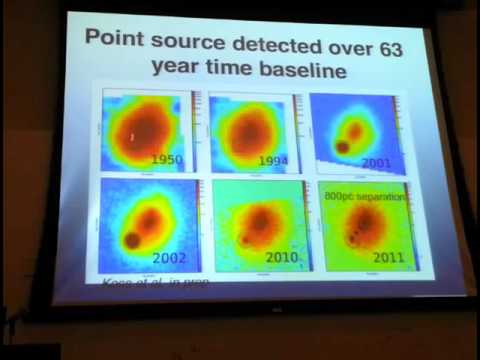 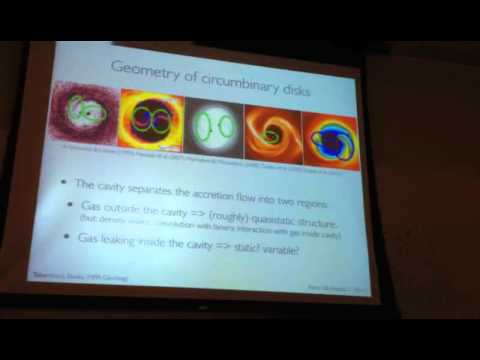 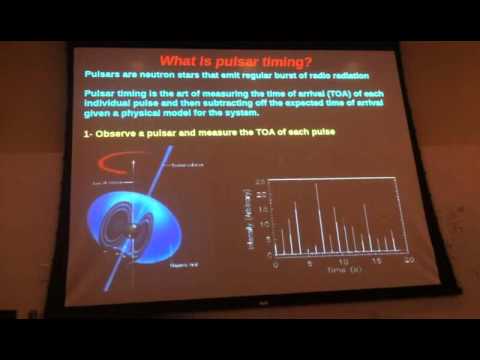 Kelly Holley-Bockelmann: “The Final Parsec Problem is Not a Problem: the latest news on black” (slides) 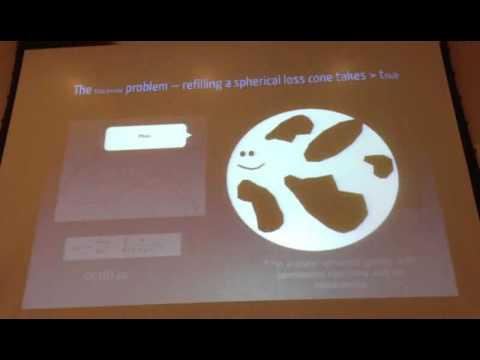 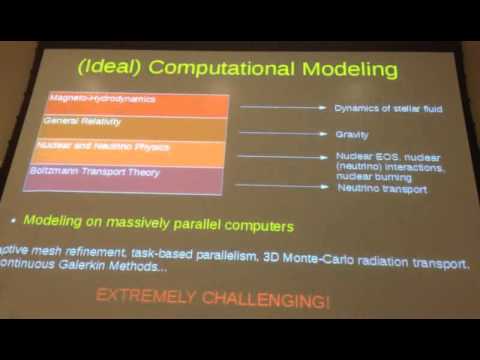 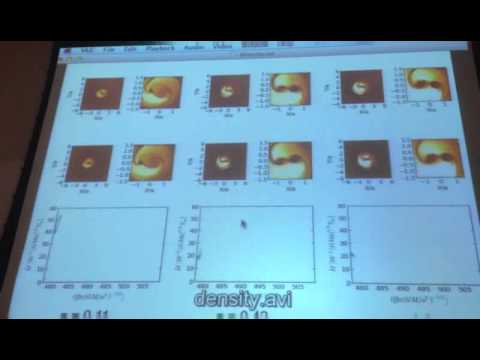 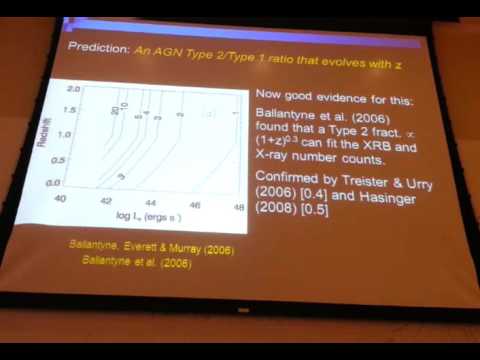 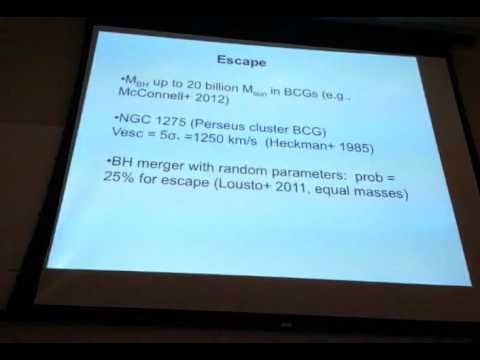 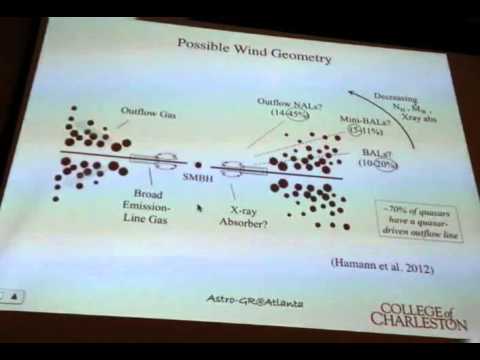 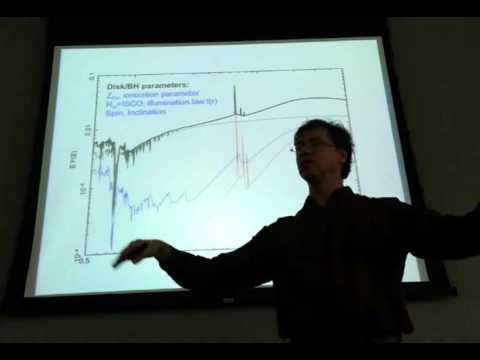 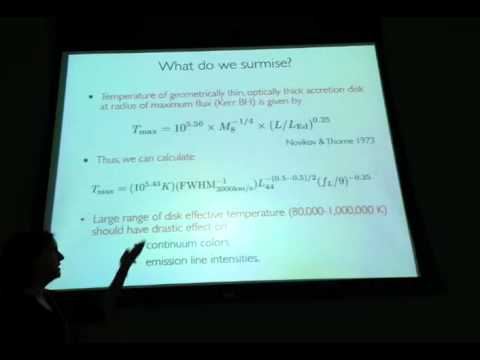 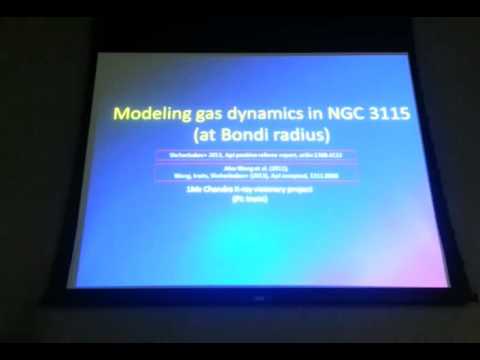 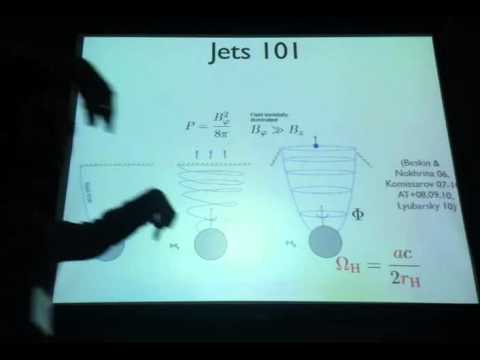 KwangHo Park: “Conclusions from Satellite A” (no slides) 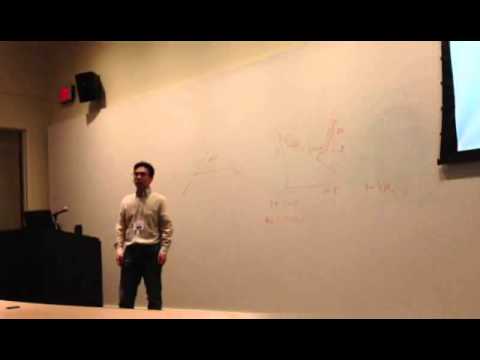 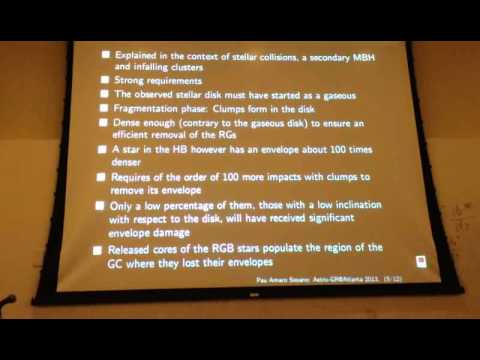 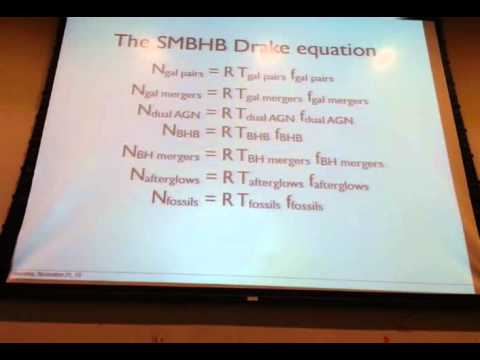 Tidal Disruption Group: “Set of questions to think about” (slides)

Besides the projector talks, we also had black board presentations by Xian Chen (Sculpting the Galactic Center), Deirdre Shoemaker (Lessons From and About Gravitational Waves from the Merger of Intermediate Mass Black Holes), Cole Miller (Formation of Black Hole Seeds by Core Collapse).